A horrifying “shelter in place” warning has been issued Monday morning near the Fire in Wenatchee, WA., over an ammonia leak that may have been spewing the toxic fumes since last night,

Chelan County Emergency Management alerted the public of the leak around 11:10 a.m. Residents were told to close their windows, turn of air conditioning and move to the “innermost room” of their residences. 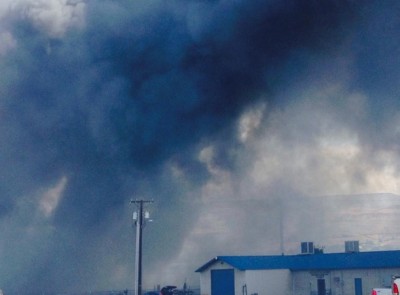 up to 1/2 mile South of the Bluebird Facility in Wenatchee ……..monitor your tv or radio for further.

Go indoors, shut windows and doors, shut off air conditioning, and move to the inner most room to get away from the windows. 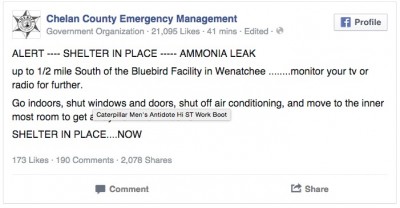 Better late than never! Officials said concerns about ammonia have been present since last night, since an industrial fire started burning.