An amateur photographer in Virginia, captured a photo of what resembles Michael Jackson dancing in an ominous group of thunderclouds.

John Plashal, an amature photogapher, snapped the shot and posted it to social media, and that’s when viewers noticed MJ dancing in the clouds. 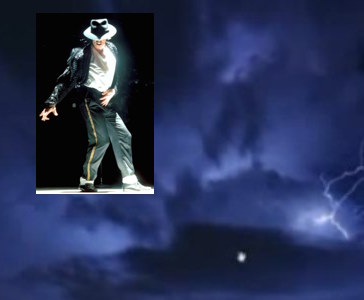 Plashal didn’t see Jackson at first, telling reporters: “It wasn’t even my favorite picture that I took. I have others that are better but don’t have a celebrity in the image.”