Man In Hawaii Killed By SWORDFISH

Hawaii resident, Randy Llanes, was killed Friday after being impaled by the bill of a swordfish, officials said.

Witnesses said a man in his 40s jumped from the pier at Honokohau Harbor in Kailua-Kona after shooting a fish with a speargun. The fish, who was still alive, reportedly became aggressive as Llanes attempted to retrieve it. The killer fish weighed in at about 3 feet long with a bill about 3 feet. It weighed about 40 pounds. 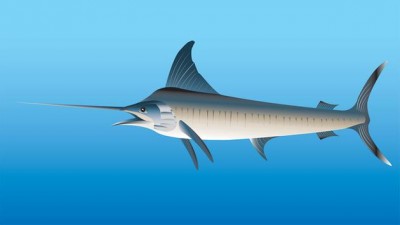 “All we know is next thing they know, the man is seen floating,” said Whitman. Firefighters tried to resuscitate the man, who had a puncture wound to his right, upper torso. The man was taken to Kona Hospital, where he was pronounced dead, Whitman said. h/t 6abc

Hawaii County police identified the victim as Llanes, a resident of Kailua-Kona.