Prepare to be horrified! Netflix is officially experimenting with adding commercials to their movies!

Currently in the testing phase in limited markets, the streaming giant is trying to sneak in ad spots before and after your favorite movies! Say what? And no, you won’t get a discount on your subscription rate! 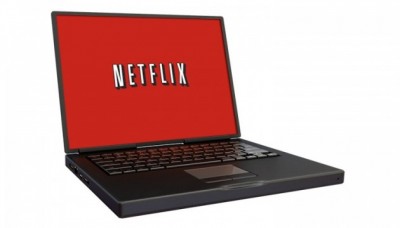 The company has yet to make a final decision on whether or not commercials will become a permanent fixture in your viewing binges.

So far, the advertisements only promote Netflix’s own programming — you’ll get an ad for Daredevil or Orange is the New Black rather than one for McDonald’s featuring the new hunky-but-creepy Hamburglar. Even though many subscribers would likely cite ad-free viewing as one of the main draws for Netflix, competing subscription services already slip commercials into their content. Hulu Plus, for instance, shows commercials regardless of it being a premium service, though the quantity varies depending on the programming. Hulu Plus, however, shoves ads into the middle of its programming, just like traditional television does. At least the model Netflix is currently testing only places the ads before and after your programming, so you can easily ignore them and take a quick trip to the bathroom or kitchen. h/t geek

Though these ads are just a limited test, they do seem inevitable. So is it time to cancel your subscription?