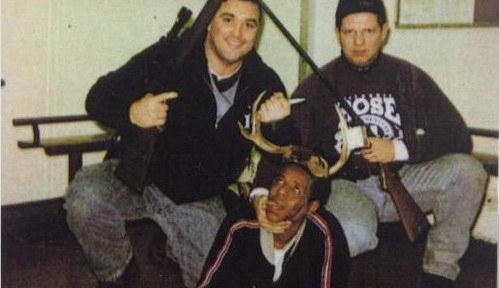 Chicago cops, officer Timothy McDermott and officer Jerome Finnigan were fired for misconduct, after posing with rifles while a black man in their custody was forced to wear deer antlers on his head. 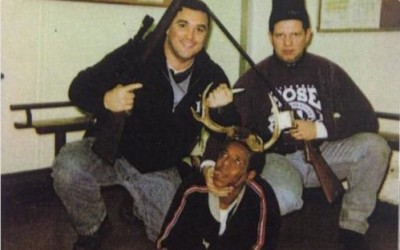 “This picture is disgusting, and the despicable actions of these two former officers have no place in our police department or in our society. As the Superintendent of this department, and as a resident of our city, I will not tolerate this kind of behavior, and that is why neither of these officers works for CPD today. I fired one of the officers, and would have fired the other if he hadn’t already been fired by the time I found out about the picture, which is why I fired the officer involved as soon as I learned about photo. Our residents deserve better than this, as do the thousands of good men and women in this department.” h/t chicagosuntimes

Attorneys for both McDermott and the police department asked Judge Thomas Allen, who presided over the case, to keep the photo sealed, but Allen denied that request in March according to the Sun-Times.