The woman had requested a cheerful tune from the tattoo artist who took the liberty of inking the dreary tune instead! 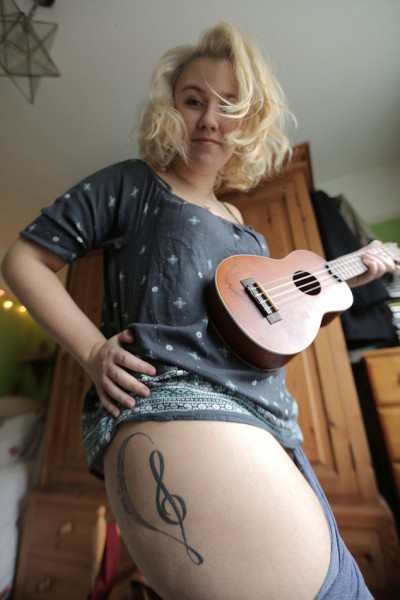 Amelia, 19, a music and performing arts student from London, had a design featuring a treble clef, half a love heart and half a bar of music etched on her bottom. But when she posted a photo of the design on Facebook, a friend pointed out that the bar of music played a funereal dirge rather than the happy tune promised. h/t dailymail

The budding music student is self-taught and cannot read the notes and only discovered her real tattoo’s meaning after posting it to social media.