Talk about starting out young! This kid may someday run her own biker gang! And she’s only 2 years old!

A toddler was filmed in complete control of a motorcycle moving at a high rate of speed along a road in China! 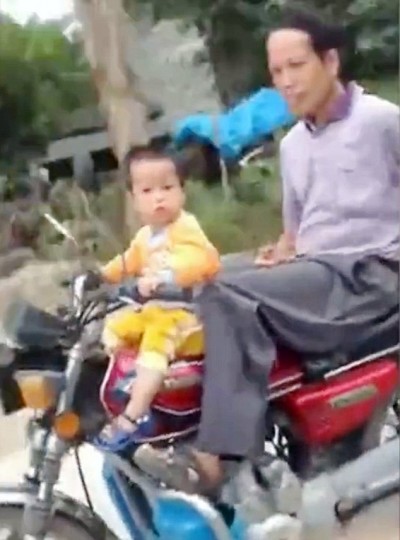 The footage was captured by a car driver and shows the two-year-old girl holding onto the handlebars of the motorbike as it makes its way down the street.

Her grandfather, identified as Yan Xuejin, can be seen reclining in his seat behind the toddler and riding as a pillion.