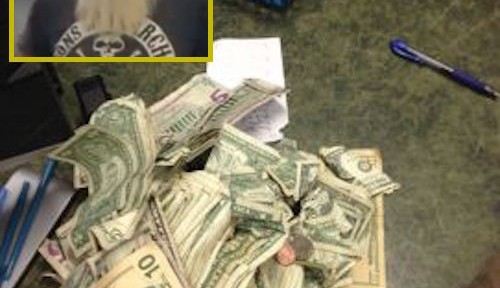 Slidell La., cops busted 59-year-old Franklin Jones for stealing a shopping cart, but as it turns out, dude could have bought the store after being found to have over $800 dollars in cash he received from begging!

Police can’t arrest Jones because begging isn’t a crime in the area. But Jones was spotted stumbling into the road, urinating on the side of the road after he allegedly stole a shopping cart, cops said. 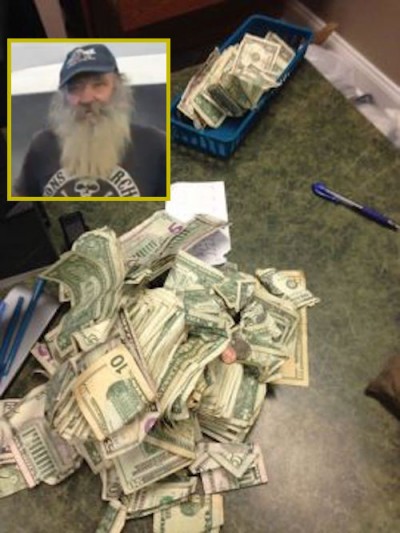 “Transients, also known as beggars or homeless, are often a hot topic of debate for Slidell residents. There are people who feel these individuals all need to be arrested. Some feel they should offer help,” the post reads. “Literally, every day, someone either calls Slidell Police or sends us a message on Facebook asking us to do something about this problem.” h/t fox4kc

Upon his arrest, police found over $800 in his pockets.

We continue to offer help, but when you can make $800 in less than a week by “begging”, some people say, “Why get a real job?” We’ve found jobs for people. We’ve offered assistance by bringing some of these individuals to rehab facilities. Bottom line is, it’s up to the individual person if they want help or not. All we can do is guide them in the right direction. We can’t force people to do things…

Slidell Police does their best to address these issues by following the letter of the law and ensuring that no one’s rights are violated. There is no easy solution to this problem, and quite frankly, it is a much bigger and deeper issue than a strictly a police matter. We hope this sheds some light for our Slidell residents and hopefully answered any questions or concerns about this issue.

Some responded in support of the post, while others blasted police for publicly shaming the man.