Piranha are a scary fish with sharp fang-like teeth and rank among several species of exotic animals that are unlawful to import or transport. 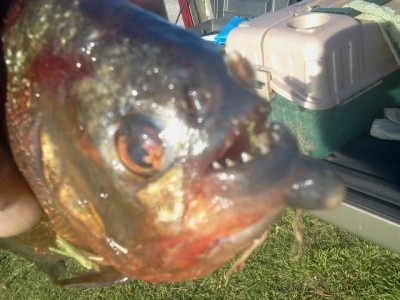 According to AGFC Assistant Chief of Communications,  Keith Stephens, the fish was caught on Friday. Stephens said people have caught piranhas in Arkansas before, but they don’t last long.  “We get a few pacus and piranhas caught from time to time. They get to big from someone’s aquarium and they release them. They cannot survive our low winter water temperatures so no populations have ever been established,” Stephens said. h/t katv