Floyd Mayweather is known for his lavish spending and his new custom mouthguard is no exception. The boxer, in preparation for his May 2nd fight against Manny Pacquiao, has unveiled a new $25,000 mouthguard that contains actual $100 bills.

Mayweather’s outlandish mouthguards were created by Dr. Lee Gause, and contain such flair as gold flecks, diamond dust as well as U.S. currency. The cost for a normal mouthguard is around $200.00. 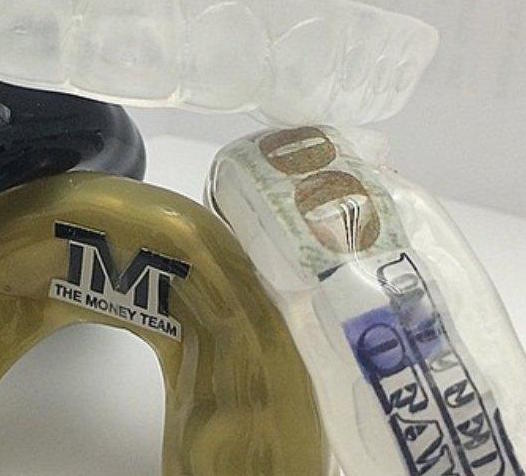 The undefeated boxer says the high price tag is worth it as the guards help him breathe better during fights, and protect his pearly whites, “My career’s gone on 19 years and I’ve been able to preserve my smile.” h/t si

Modest versions of the Mayweather branded mouthguards can be purchased from Dr. Gause’s website. 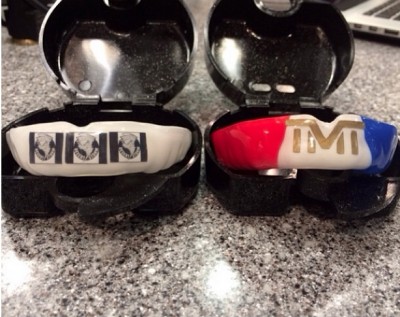