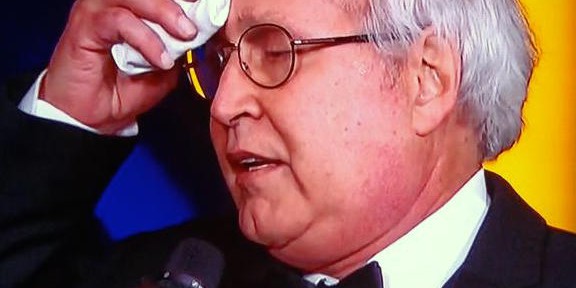 Chevy could hardly make it down the famous SNL stairs, tripping himself in the process, and then there was his voice, which was noticeably different. 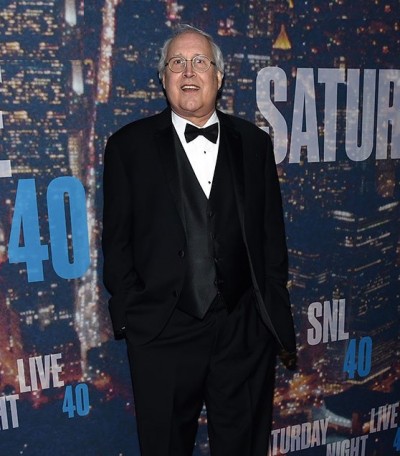 The Vacation star gave an extremely uncomfortable interview with Carson. In the short interview Chevy discussed his decision to leave the show after just one season and wiped his brow while apologizing for his noticeable sweat. “I left after the first year because I thought this isn’t going anywhere… I liked [hosting]. I liked it. But I missed it more for not being a part of the cast because I left after one year, I had reasons to leave,” Chevy revealed. “I’m sorry if I’m perspiring, but I just had to run through a gauntlet. But I liked it a lot, and I still like it. I love Lorne. We’re like brothers now.” h/t hollywoodlife

Following his interview, plenty of fans expressed their concerns on Twitter over Chevy’s profuse sweating.