New TLC Show: My Mormon Husband Is NOT Gay!

A new TLC’s special My Husband’s Not Gay, focuses on four Mormon men who admit that they’re attracted to other men while being married to women.

The men, all hailing from Salt Lake City, are devoted members of The Church of Jesus Christ of Latter-day Saints. 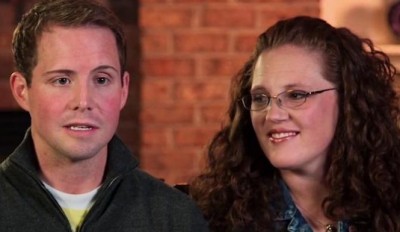 The promo features a couple who curiously resembles Jim Bob and Michelle Duggar, as they talk about how much they love each other and how they’re “best friends.” However, their relationship isn’t perfect — the husband admits that he’s attracted to other men. The promo features some interesting quotes.“I like to say I’ve chosen an alternative to an alternative lifestyle.” “I’m attracted to my wife, for sure — and I’m definitely attracted to men, too.” “I’m interested in men, I’m just not interested in men.” “I get a little defensive when somebody calls my husband gay.” “I want to marry a woman, but I don’t know how to work out these feelings.” h/t inquisitr

Watch promo for My Husband’s Not Gay below.