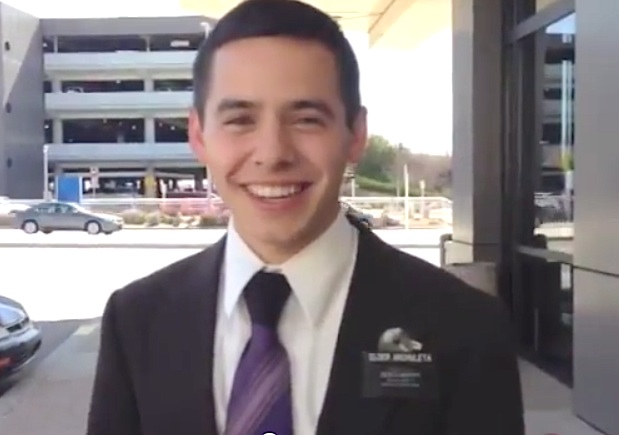 The 23-year-old singer arrived back in Utah earlier this week and had only a few words for the cute video and his fans: “Hola, everyone! It’s Elder Archuleta here. And I’m home. I’m home.”

While on his Mormon mission, David performed in a Mormon choir for its general conference and also gave two special Christmas performances that were held on the Santiago Chile Temple grounds. source

During that time, he had little contact with his family or the outside world.