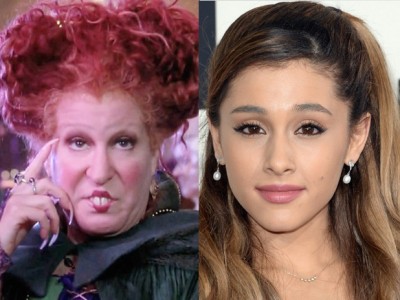 “It was supposed to be a fun/funny/makeup session, but Bette got sick at the last minute and couldn’t show. Both of them were on board to do it. They were going to have fun with it and be supportive of each other.” Last month, Midler did an interview with The Telegraph, in which she dissed Grande, saying: “It’s always surprising to see someone like Ariana Grande with that silly high voice, a very wholesome voice, slithering around on a couch…looking so ridiculous. I mean it’s silly beyond belief and I don’t know who’s telling her to do it.” h/t nydailynews

Midler took it even further, adding “trust your talent. You don’t have to make a whore out of yourself to get ahead.”