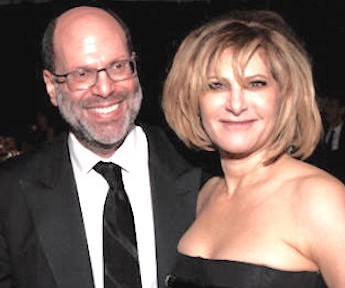 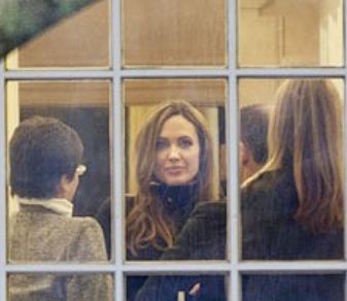 From Feb. 27 to Nov. 19 of this year, is the upcoming Steve Jobs biopic written by Aaron Sorkin. According to the emails, Jolie objected to David Fincher directing the “Jobs” film instead of her bid-budget remake of “Cleopatra.” Pascal asked Rudin, a producer on “Jobs,” to talk to the Oscar-winning actress about it, but Rudin said he didn’t “want to waste [his] time on this.”

“YOU BETTER SHUT ANGIE DOWN BEFORE SHE MAKES IT VERY HARD FOR DAVID TO DO JOBS,” Rudin said in one email, presumably referring to Jolie, to which Pascal told him not to threaten her.

He repeatedly criticized the idea of Jolie’s “Cleopatra” movie, calling Jolie a “minimally talented spoiled brat” and said the big-budget project could jeopardize both his and Pascal’s careers.

“I’m not remotely interested in presiding over a $180m ego bath that we both know will be the career-defining debacle for us both,” reads one email from Rudin. “I’m not destroying my career over a minimally talented spoiled brat who thought nothing of shoving this off her plate for eighteen months so she could go direct a movie. I have no desire to be making a movie with her, or anybody, that she runs and that we don’t. She’s a camp event and a celebrity and that’s all and the last thing anybody needs is to make a giant bomb with her that any fool could see coming. We will end up being the laughing stock of our industry and we will deserve it, which is so clearly where this is headed that I cannot believe we are still wasting our time with it.” h/t variety

Continuing to slam Pascal, Rudin also wrote: “You’ve destroyed your relationships with half the town over how you’ve behaved on this movie,” Rudin wrote to Pascal. “If you don’t think it’s true, wait and see. Let’s see the next filmmaker WME puts in business at Sony or the next piece of star talent. I’ll bet my house I’m right.”