DC I-395 BLOCKED BY #Ferguson Protester BOTH DIRECTIONS 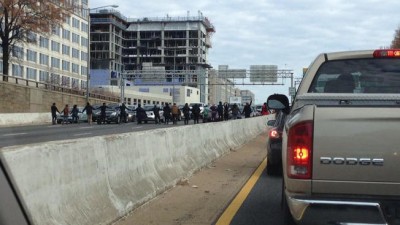 The email alert from the District of Columbia Alert DC system said Special Operations Division units from the DC police department are on the scene. Traffic is now getting by as police make arrests. h/t nbcwashington

Traffic is backed up for a significant distance. Travelers should try to avoid that area if possible.