A local Dallas news outlet is reporting that 31 out of 31 Dallas County sheriff‘s deputies who took a sergeant’s promotional exam last week failed.

NBC 5 reports that every single sheriff averaged a score of 55 percent and the highest was 67 percent, according to a posting on the sheriff’s website. Achieving Seventy percent or more is required to pass. 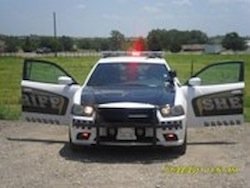 When asked, the president of the Dallas County Sheriff’s Association said the test was from a new source company.

“From what I’ve heard it was not a fair test,” DCSA President Chris Dyer said. “If the test was flawed, then a lot of these people are going to have to retest and all the effort they put into studying was wasted.” Dyer said the failure rate leaves the sheriff’s office with too few supervisors. “We have a lot of open positions,” he said. “This really disrupts our ability to supervise.” h/t nbc5

The association of deputies denied claims the sheriffs involved actually intended to fail the test over low morale.