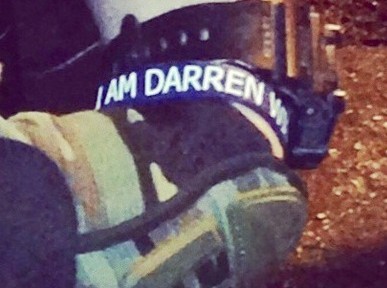 The Grand Jury will not indict Officer Darren Wilson and calls have come for all levels of activists to descend on Ferguson.

LEAKED: Based on 2 reliable confidential sources we now confirm an imminent announcement that the Grand Jury will NOT indict Darren Wilson.

We've discussed this & feel its safe to reveal that one of our sources for the leak is a gov. employee with access to police communications.

This information is definitive. We call on every activist in the USA to either make their way NOW to Ferguson or prepare in their community.

Time to deploy troops to #Ferguson, all hands on deck. We need the whole west cost on Canfield before November elections. Convoys leave soon

Activists in Ferguson and the USA who plan on being in the street: we recommend kevlar vests, helmets, gas masks, home made shields.

Our best theory based on the data we have is some short time after Election Day. | @aaronss101

Tomorrow I'll be engaged in a major act of activism that may lead to a second event. Then I'll be working on an advocacy article.

Within the next week or so high probability of me going to jail. Is what it is.

This is Umar. Notice the finger? Psa. To ferg, stl & stl co Pd. If there is unrest due to Gj decision @BlackRebels_Stl will be in the streets armed to protect protestors.

@OpFerguson times in the near future will be very turbulent. We must all prepare for the storm.