It has been learned, Mark McDaniel, Mama June’s rekindled flame, assaulted her own daughter, Anna Cardwell, aka, Chickadee, at the tender age of 8.

June, from “Here Comes Honey Boo Boo,” is dating her ex, McDaniel, who was recently released from prison after serving 10 years for a crime against her OWN daughter. 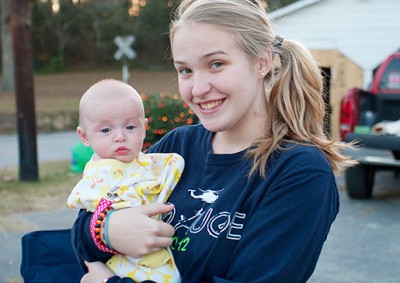 June has been dating McDaniel since his release — something she denies despite photos and other evidence — and that’s why TLC cancelled “Here Comes Honey Boo Boo. Anna Cardwell — who is now 20 and married with a child — believed her mom earlier today that she was not dating the man who molested her.  But we’re told Anna has now received a lot more info, and is now convinced June betrayed her by seeing McDaniel again.

Anna — known on the show as Chickadee — wants it known she’s the victim because it makes what her mom is doing all the more egregious. We’re told Anna feels her relationship with her mom has been destroyed, and the only way June can see her granddaughter is if McDaniel is nowhere to be seen. h/t TMZ

TLC reached out to Anna today to offer her counseling. Developing..