Man Bleeding From The NOSE Grounds UNITED Airliner In S.C.

Columbia Metropolitan Airport, a main commercial airport for Columbia and the Midlands region of South Carolina, is in the midst of an Ebola scare after a plane from Washington DC’s Dulles International Airport is currently grounded. 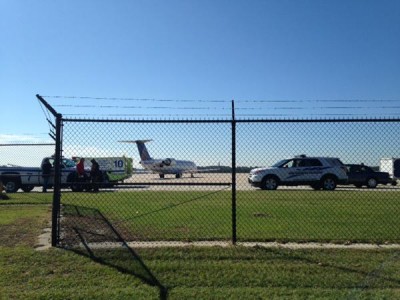 According to airport spokeswoman Kaela Harmon, emergency crews are currently responding to the plane, which is a United flight. Harmon says a male passenger had nose bleed symptoms and is being removed from the plane. h/t wishtv

Passengers aboard the plane will be put in a holding area until more information is gathered.

As for the sick passenger, Harmon says she does not know where he would be transported if that were needed.