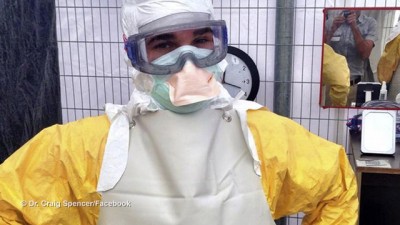 “Today, EMS HAZ TAC Units transported a patient to Bellevue Hospital who presented a fever and gastrointestinal symptoms,” Basset said in a statement earlier Thursday before the diagnosis. “As a further precaution, beginning today, the Health Department’s team of disease detectives immediately began to actively trace all of the patient’s contacts to identify anyone who may be at potential risk. The Health Department staff has established protocols to identify, notify, and, if necessary, quarantine any contacts of Ebola cases.” h/t myfoxny