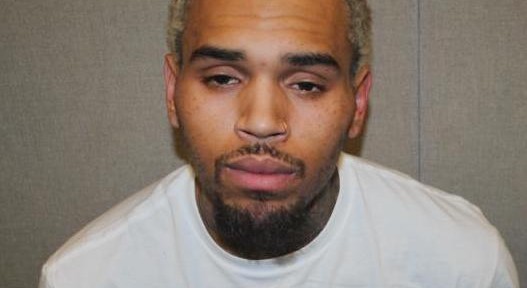 Chris Brown stepped out on Twitter to offer his theory about the Ebola outbreak..

The controversial singer, who is best known for beating his then-girlfriend Rihanna, thinks he has the inside dope on the real reason for the proliferation of the deadly virus, 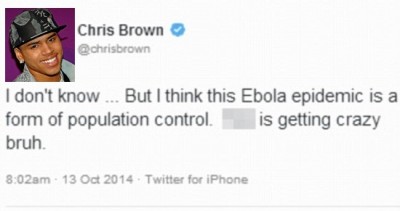 ‘I don’t know … But I think this Ebola epidemic is a form of population control. S*** is getting crazy bruh.’ Soon after the tweet garnered some outrage among his over 13M in Twitter followers, he again tweeted, ‘Let me shut my black a** up!’ Yeah, good idea.

Brown’s tweet mirrors what some conspiracy theorists say is the truth behind the deadly virus..