An NBC NEWS cameraman working in Liberia has tested positive for the ebola virus.

The cameraman is the fourth American to have contracted Ebola in Liberia. He has been working in Liberia on various projects for the past three years. NBC News is withholding the cameraman’s name at the request of his family. 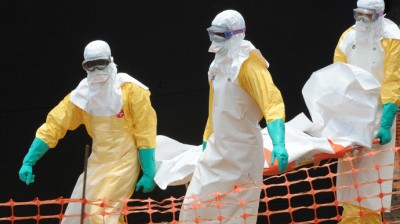 As you know, Dr. Nancy Snyderman and our news team are in Liberia covering the Ebola outbreak. One of the members of their crew is an American freelance cameraman who has worked in Liberia for the past three years and has recently been covering the epidemic for US media outlets. On Tuesday he began working with our team. Today, he tested positive for Ebola.

We are doing everything we can to get him the best care possible. He will be flown back to the United States for treatment at a medical center that is equipped to handle Ebola patients. We are consulting with the CDC, Medicins Sans Frontieres and others. And we are working with Dr. Nancy on the ground in Liberia.

We are also taking all possible measures to protect our employees and the general public. The rest of the crew, including Dr. Nancy, are being closely monitored and show no symptoms or warning signs. However, in an abundance of caution, we will fly them back on a private charter flight and then they will place themselves under quarantine in the United States for 21 days – which is at the most conservative end of the spectrum of medical guidance.

We know you share our concern for our colleagues and we will continue to keep you up to date and informed. Please don’t hesitate to reach out to me or David Verdi with any questions.

The freelancer came down with symptoms on Wednesday, feeling tired and achy. As part of a routine temperature check, he discovered he was running a slight fever. He immediately quarantined himself and sought medical advice. On Thursday morning, the 33 year-old American went to a Medecins Sans Frontieres (MSF) treatment center to be tested for the virus. The positive result came back just under 12 hours later.