Amber Heard was hit with a double whammy, her personal and quite intimate photos were leaked on the net, including one that had a special message for Johnny Depp.

Dozens and dozens of Heard’s pics appeared online, including one intimate photo that featured a private message intended for Johnny Depp. 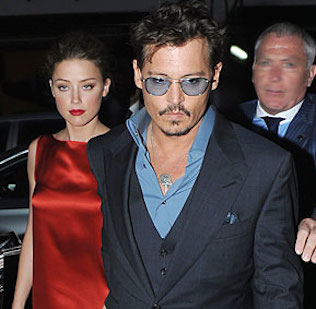 Over 50 pictures were posted onto 4chan/Reddit from Amber Heard Sunday afternoon … and it may be the biggest invasion of privacy since Jennifer Lawrence and Kate Upton were first hacked. In one photo Amber is holding up a sign that’s clearly a message to her fiance J.D. … and refers to him as “Tonto.” The FBI has been on top things since the first wave of photos were released … we contacted them today — and they tell us their investigation is still on going. source

So far no comment has been issued by Amber’s reps.