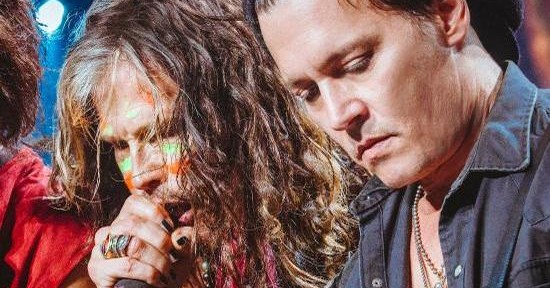 Maybe it was just the awful microphone on random concert goer’s cellphone, maybe it was just an actor pretending to be a rock star, what ever the case, it was a total train wreck..

Sounding like a train derailment full of cats, Johnny Depp joined Aerosmith on stage for a go at “Train kept A-rollin.” 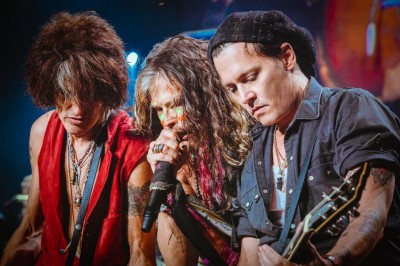 Depp made the surprise on-stage appearance-o-sucky at the band’s Xfinity Center show in Mansfield, while his fiancée, Amber Heard, was hanging out backstage raiding the deli platter.