Bill O’Reilly: Some Kids Deserve To Get Hit 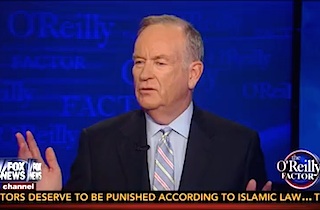