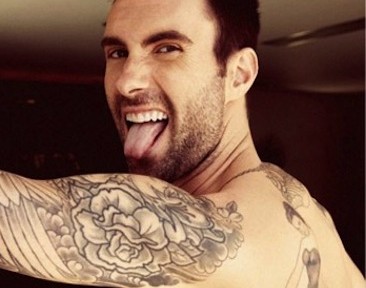 It’s only been one week since Adam Levine got on stage during a Samsung Galaxy Note 4g and Galaxy Note Edge event to discuss his new partnership with the company, but just last night the musician used an iPhone to tweet about an upcoming appearance on The Ellen Show. 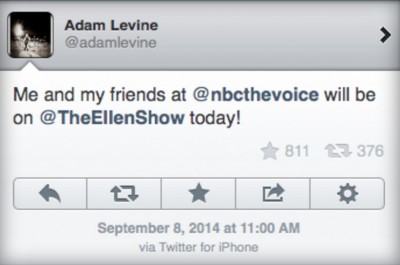 Levine was quick to joke about doing a “ceremonial iPhone burning after this,” but it seems like his iPhone has avoided becoming a pile of ash. Just today, Levine tweeted about appearing on The Ellen Show from, you guessed it, an iPhone. It’s not the first time a paid celebrity endorser has used something other than they were paid to promote, and it likely won’t be the last. source