Mother UNDER FIRE After Dressing Young Daughter As Hooters Girl

A mother is receiving loads of social media criticism after dressing her daughter, 4, as a Hooters girl for a tyke beauty pageant.

Leann said she designed the costume and thought it was “cute.” 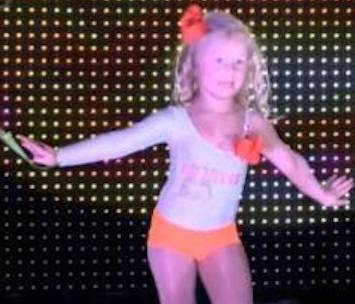 Leann, 33, and her four-year-old daughter Scarlett were featured on a documentary called Blinging Up Baby. The mother designed the outfit and thought it was a cute idea, but critics are complaining that it’s not appropriate for a four-year-old. source

But Leann argues that it’s no different than wearing a swimsuit.