Fired waitress hair.. A black ex-Hooters girl who was allegedly canned over a prominent blonde highlight in her hair has announced she plans to file a discrimination lawsuit.

Farryn Johnson who was recently fired from Hooters is now claiming it was all over blond highlights in her hair. 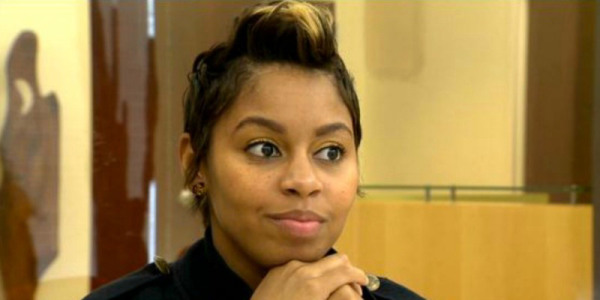 Johnson says the Baltimore Inner Harbor Hooters’ restaurant deemed her hair color “unnatural,” so she has filed a racial discrimination complaint with the Maryland Commission on Civil Rights.

Johnson contends she worked with other non-black employees who wore their hair in different shades and received no repercussions. The 25-year-old woman, however, claims she was singled out by her employers and warned that blond hair on blacks was not a look they felt was acceptable. The young woman told CBS Baltimore, “They gave me write-ups and they told me I need to take the color out of my hair. And they said I couldn’t have blonde in my hair because I’m black. They specifically said, ‘Black women don’t have blonde in their hair, so you need to take it out,’” she stated. 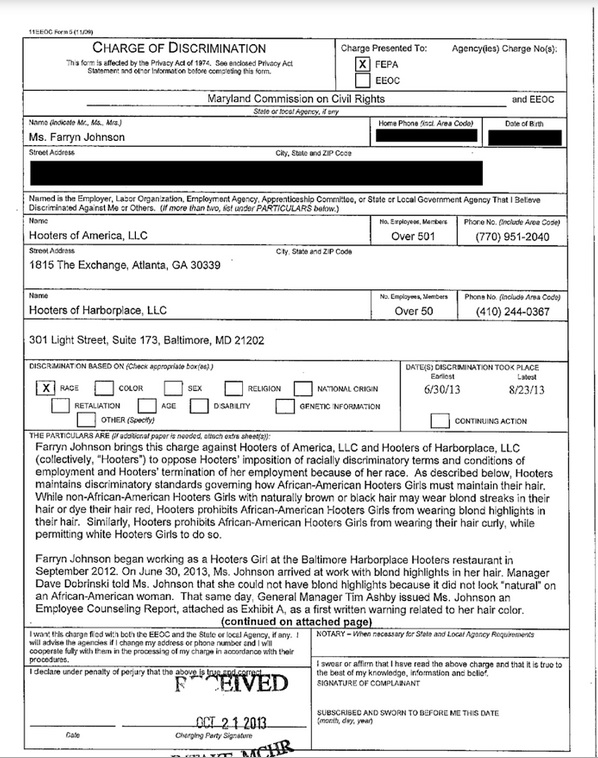 Hooters Inc has so far declined to comment on the case.