NBC News made a big whoops after showing a map depicting the entire country of Australia on fire..

The weird map was produced and broadcast live on NBC News and pretty much showed all of Australia ablaze – though the fires have been confined largely to New South Wales.. 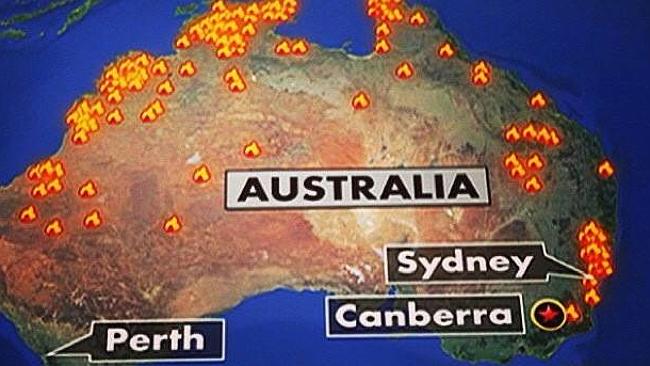 An Australian news agency put the mistaken map this way,

AMERICA, the nation which gave the world 307 Nobel laureates, has today shown that its media is about as smart as one of its famously dopey teen beauty pageant contestants.

According to NBC, pretty much the entire country is on fire, including vast swathes of Cape York, the entire Darwin region, and vast portions of Western Australia‘s Great Sandy Desert where you’d be lucky to find two blades of grass to rub together.

What fiction is next for NBC? A favorable story about Obamacare?