Glassy Eyed Scott Disick Caught BACK ON THE BOOZE

Sure, Scott Disick‘s reps said he was clean and sober after being sent to the hospital, nearly poisoning himself with alcohol last month, but judging from this photo, snapped
just last night, the reality star is already back up to his old tricks.

Disick was snapped glassy eyed wineglass in hand as he partied with French Montana and Fat Joe. 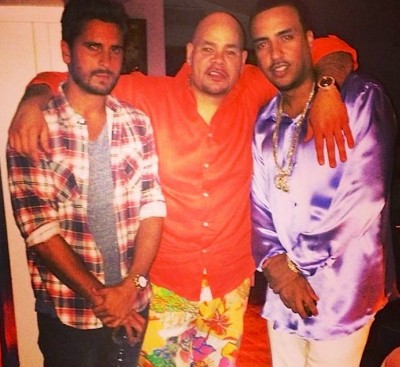 Interesting that Lord D posted the pic himself. We can’t tell what’s in the glass, but it seems Scott has gotten over the night of severe boozing in the Hamptons about a month ago that sent him to a hospital with alcohol poisoning. As TMZ told you … that incident got Scott on the wagon — sources told us he hadn’t had a drink since. source

So, safe to say the booze break’s over?