Khloe Kardashian, and French Montana spent April 10 together in LA, and she was wearing a super sexy see-through black dress. Turns out the reality star spent the night at his place! 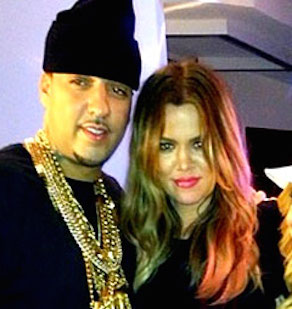 Khloe Kardashian was seen Dating Rapper French Montana. They appeared at a birthday for P Diddy’s son and at a Strip Club in Phoenix.

Khloe’s exit from French’s LA home was hardly a walk of shame — not only should such a term not exist, but she left wearing a different outfit.

‘Keeping Up With The Kardashians’ EXCLUSIVE: Khloe Kardashian is shocked when a reporter ambushes her with Lamar Odom questions.. source

A photographer told X-17 that “Khloe must really not want this to get out — she parked IN his garage so her car wouldn’t be seen,” the report continued.