Jean Kasem, wife of the late, great, Casey Kasem, is officially lawer-less after her council dropped her like a hot, expensive potato.

Her attorneys are cutting her off from anymore legal services claiming that she’s a pain in the butt client who also happens owe them $500,000. 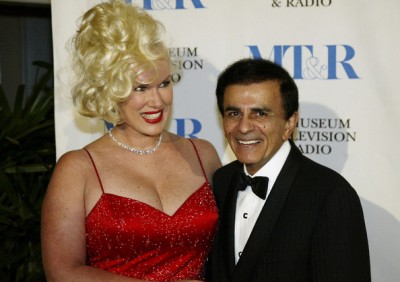 According to documents filed in Casey Kasem’s conservatorship … attorneys at Haney & Young are asking the court to relieve them as counsel for Jean, ASAP. The lawyers claim Jean rarely responds to their emails — and refuses to communicate by phone — and worst of all … she’s racked up $500,000 in unpaid fees during her various legal battles. In a letter to Jean, the firm says if she doesn’t pay up … the money’s gonna come out of Casey’s estate. source

We’ve made calls to Jean, but she’s not getting back to us either.