Casey Kasem‘s daughter Kerri Kasem, said her famous father has not yet been buried, after 12 full days on the slab.

Casey died on June 15, amid over a flurry of dissention between his wife, Jean, and his three children from his first marriage. 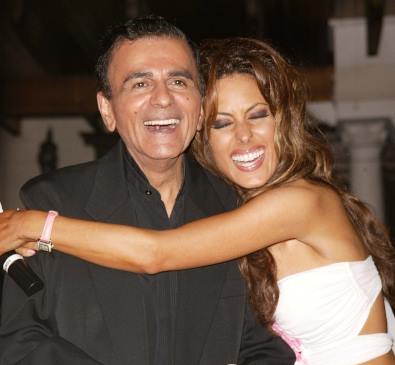 Kerri said on “The View” Thursday that she unaware as to exactly what started the dispute, adding:

“As soon as he became ill enough where he couldn’t pick up the phone or walk to get into the car… she cut him off. The driver wasn’t allowed to drive him anywhere,” Kerri said. “I talked to her twice on the phone but I haven’t seen her in fifteen years. I don’t know her.” source

An attorney for Jean Kasem could not be reached for comment.