Reports say another Malaysia Airlines flight, this one traveling from Amsterdam to Kuala Lumpur, has crashed in eastern Ukraine.

Countless reports say the aircraft, a Boeing 777, was shot down by a missile. 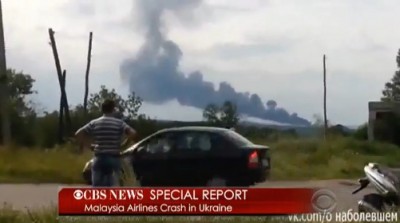 Malaysia Airlines confirmed that it lost contact with MH17, and the flight’s last known position was over Ukrainian airspace, the airline said on Twitter. source

The plane reportedly went down near the border between Russia and Ukraine.

Malaysia Airlines officials will only say they have lost contact with the plane, however, film shows something burning on the ground.