Blues guitar legend and vocalist Johnny Winter, brother of Edgar, has died. He was 70.

Winter died Wednesday while on tour in Switzerland, he was found in his Zurich hotel room. 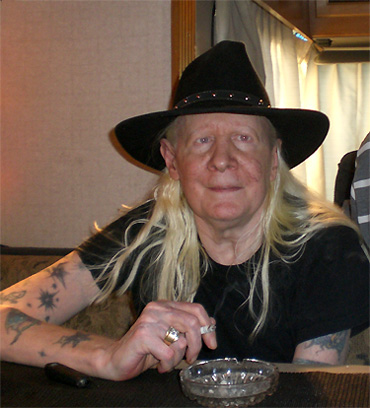 “His wife, family and bandmates are all saddened by the loss of their loved one and one of the world’s finest guitarists,” his spokeswoman, Lori Haynes, said. source

Winter was in Zurich, Switzerland, as part of a tour of Europe, although he was scheduled to return to the United States for shows later in July, according to his official Facebook page.