Who Is Axelle Despiegelaere? And How Did She Land And Lose A Modeling Contract?

Belgian teen, Axelle Despiegelaere landed a modeling contract after being caught by TV cameras during the World Cup and since then it has all fallen apart.

Despiegelaere, 17, lost her deal after pictures of her with a dead animal sparked outrage on social media. The caption to the photo was equally disturbing.. 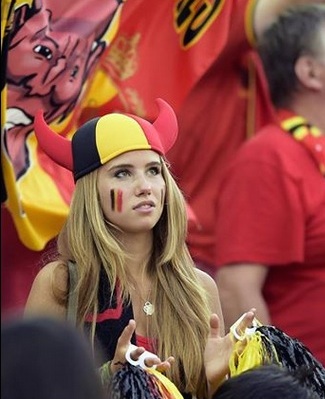 “Hunting is not a matter of life or death. It’s much more important than that .. this was about 1 year ago … ready to hunt Americans today haha.“

Axelle Despiegelaere took the soccer-watching world by storm when the media captured the 17-year-old in Red Devil gear, rooting for her home team during the Belgium-Russia World Cup match on June 22. 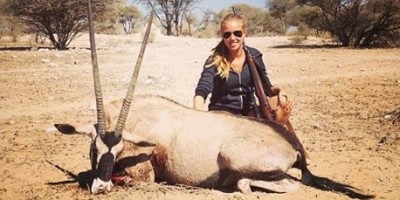 The photos quickly went viral, and turned camera-ready Despiegelaere into a worldwide sensation, even securing her a contract with cosmetics giant L’Oreal.  But UK’s Independent reported the world’s biggest beauty company has severed ties with Despiegelaere, saying the Belgian teen was a spokesperson for the brand and her contract has been “completed.”

“L’Oreal Professionnel Belgium collaborated with her on an ad hoc basis to produce a video for social media use in Belgium. The contract has now been completed,” a spokesperson told the Independent in a statement. source

This comes amidst an outcry from fans after Despiegelaere had posted a controversial photo on her Facebook page on July 1 ahead of the Belgium-United States World Cup game.