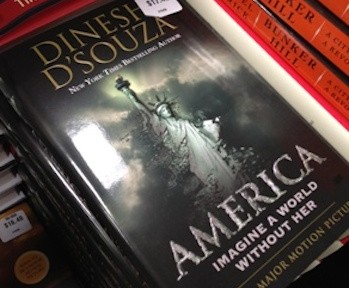 Big box retailer Costco has issued an order to all of its stores to remove every last copy of Dinesh D’Souza’s bestselling book “America: Imagine the World Without Her.”

D’Souza’s book is a strong rebuttal of the progressive ideology behind President Obama’s policies, which have been supported by Costco co-founder and director Jim Senegal, a major Democratic donor. 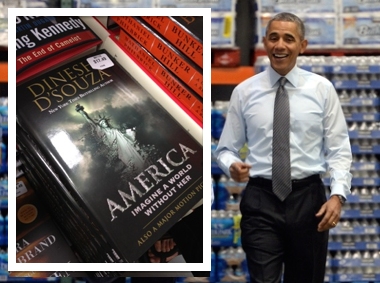 At Amazon.com, D’Souza’s book, released June 2, is ranked No. 43 overall and is the No. 3 hardcover book in Amazon’s Politics and Government section and No. 1 in the Commentary and Opinion subsection of Politics and Government. But Costco’s book department issued the “pull-order,” requiring all Costco stores nationwide to remove the book, confirmed Scott Losse, an inventory control specialist in the book department at the Costco Wholesale corporate office in Issaquah, Wash., a suburb of Seattle. Costco has sold more than 3,600 copies of “America” nationwide, with about 700 copies sold last week as D’Souza’s film by the same name opened at more than 1,000 movie theaters nationwide. source

The July 1 order required all copies to be removed by July 15.

D’Souza was surprised to learn of the Costco decision stating, “If true, this would be very odd.”