Jaws star, Richard Dreyfuss has claimed to be sober since 1982, and wife of eight years, Svetlana Dreyfuss, has made no such claims, case in point.. 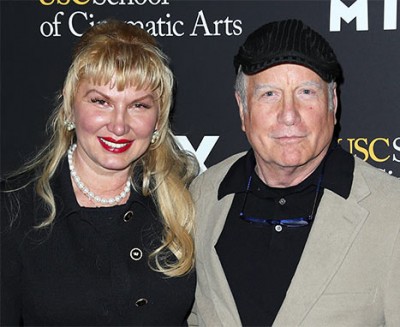 Police caught up with Svetlana after she allegedly crashed her car into a wooden fence and then fled the scene.

Police caught up with her two miles from the crash site in Encinitas, Calif. and booked her for a DUI and hit-and-run. Svetlana reportedly told TMZ she passed her field sobriety test, claiming she only had one glass of wine. source

Richard and Svetlana were married in a courthouse ceremony in Virginia in 2006 while the actor was in town to speak at James Madison University.