Drunken Daughter Backs BMW Over Own Father And Kills Him

Soukvilay Barton killed her own dad after the man tried to stop her from driving drunk.

Bounmy Rajsombath was rushed to a Riverside, CA., hospital, where he was pronounced dead Friday night. 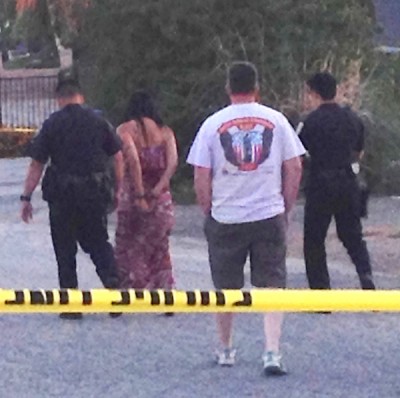 Rajsombath was a former Laotian military officer who aided U.S. efforts during the Vietnam War.

Cops say, Barton, 37, ignored her father’s pleas not to drive and backed her BMW convertible out of the garage and struck and killed him.

Witnesses say Barton had been drinking and arguing with family members. She stopped the car after seeing that her father was injured and sat sobbing before being taken into custody.

Barton was arrested on suspicion of driving under the influence and gross vehicle manslaughter and was held on $75,000 bail. Police say they don’t know if Barton has a lawyer, and a listed number for her couldn’t be located. source

A man who identified himself as Rajsombath’s son-in-law told the Riverside Press-Enterprise that Rajsombath ran a refugee camp in Thailand to help people escaping a Communist insurgency during the Vietnam War. He came to the United States in 1979 and settled in Southern California with his wife and four children. The man said that Rajsombath worked as a plumber before injuring his arm in a fall.