SUV Driver Motions Woman To Cross Street Then Runs Her Over

Police are searching for the driver of an SUV who motioned for a woman to cross a New Orleans’ street, and then ran over her intentionally.

New Orleans Police are now asking for the public’s help in identifying the drive of the vehicle. 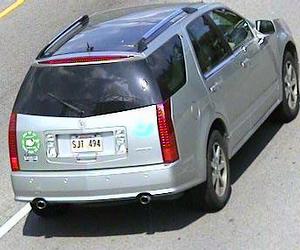 The woman left a restaurant in the 2000 block of Magazine Street in the Lower Garden District around 7 p.m. last Thursday (June 5) and stood at the curb, waiting for a gap in the passing traffic so she could cross the street, said NOPD Sgt. Daniel Scanlan at the Wednesday’s weekly meeting of the NOPD Sixth District ranking officers. A silver SUV stopped, and she saw the driver motion with his hand for her to cross, so she stepped forward, Scanlan said.

At that point, the SUV then accelerated and hit the woman, Scanlan said. As it passed her, it stopped briefly for one of the occupants to say “Ha-ha, bitch,” and then drove on, Scanlan said.

The woman required treatment at the hospital for her injuries, Scanlan said. The crime is currently being classified as an aggravated battery — an attack on a person with a deadly weapon. source

The victim didn’t get a good look at the vehicle or its occupants, but it was possibly a SUV similar to a Chevrolet Tahoe, Scanlan said, with three people inside.