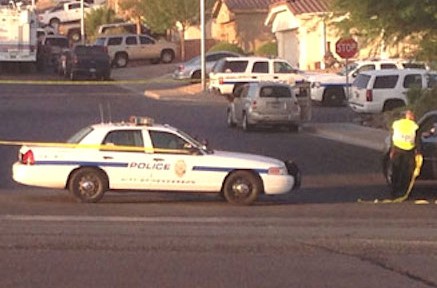 Another Las Vegas area police officer was wounded and the suspect was killed after a shooting in Henderson, a suburb of Las Vegas.

The shooting comes on the heels of another shooting that took the life of two Metro police officers. 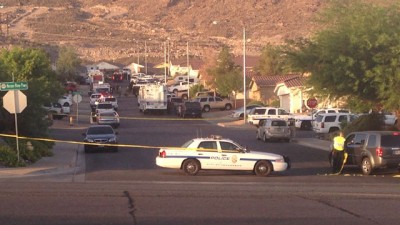 According to the police department, officers responded to reports of shots fire about 4:30 a.m. in the 400 block of Flat Plains Avenue near Horizon Ridge Parkway and Gibson Road.

The officer’s injury was considered to be non-life-threatening, according to Richards.