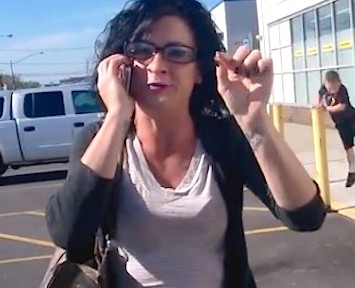 Janelle Ambrosia is the New York woman caught on video hurling a massive racist rant while her children wondered close by.

The verbal encounter occurred on May 30 in Cheektowaga, New York, outside a local dollar store. 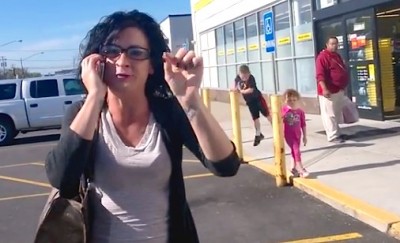 According to local news outlet WGRZ, the woman, identified as Janelle Ambrosia, began tossing racial slurs at an African American driver who claims all he did was start his car. Ambrosia said the man nearly hit her son, which triggered her outburst.

Titled “Blatant Racism in Cheektowaga NY,” the YouTube video begins sometime after this initial scene, and leads with the man saying, “I have her on tape calling me racist comments, called me a n—– in front of her kids.” The incident escalates from there, with the woman cursing at the man, using the N-word frequently, threatening to throw her coffee on him, and proclaiming that getting the police involved won’t do him any good because she has stripped for numerous officers. source

Meanwhile, Ambrosia appeared on a radio program on WBLK 93.7 Thursday to state that the video doesn’t accurately portray both sides of the story. Ambrosia dismissed the idea that her use of the N-word was racist, saying, “It means an ignorant person … It doesn’t say black, white, Puerto Rican. It’s an ignorant person.”