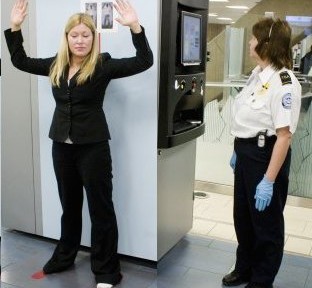 Controversial full-body scanners were pulled from airports last year and moved to jails, prisons and government buildings. Where they belong.

154 of those very same machines went to Arkansas, New York and Michigan, among other locations.

“TSA and the vendor are working with other government agencies interested in receiving the units for their security mission needs and for use in a different environment,” TSA spokesman Ross Feinstein told the Federal Times earlier this month.
source

The remaining scanners are currently in a warehouse, according to the Times, but the Transportation Security Administration will continue transferring remaining units for use by government agencies.