James Franco Text LEAKED Tried To HOOK UP With Teen

Actor James Franco might also want to add “creepy older dude” to his title, after apparently trying to arrange a hotel hookup with a 17-year-old girl on Instagram. 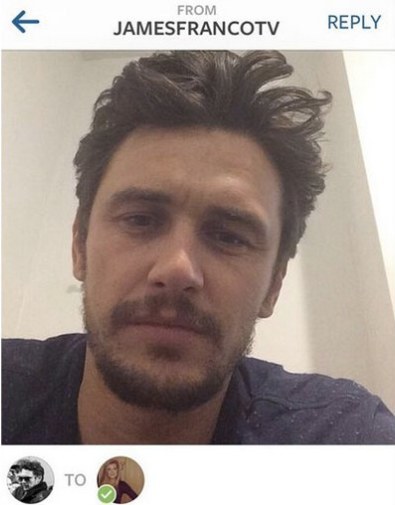 A Scottish teen who was on a trip to New York City claims she met Franco outside his Broadway show, Of Mice and Men. And she captured Franco on Instagram who then told her, “You gotta tag me.”

She did, and the 35-year-old Franco began an Instagram flirtation later that night. Lucy posted the whole thing to Imgur, so we now know exactly what James Franco’s text game looks like. 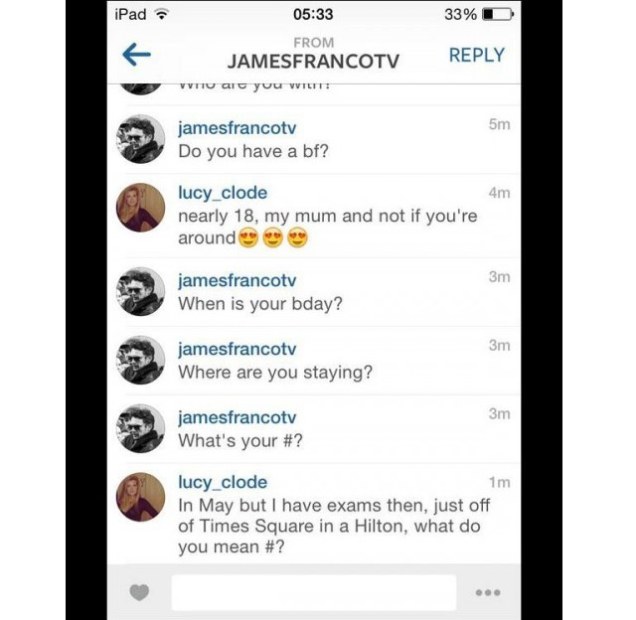 It’s possible the messages in these screenshots have been faked, but Lucy did ask Franco to send photo proof of his identity—twice. source 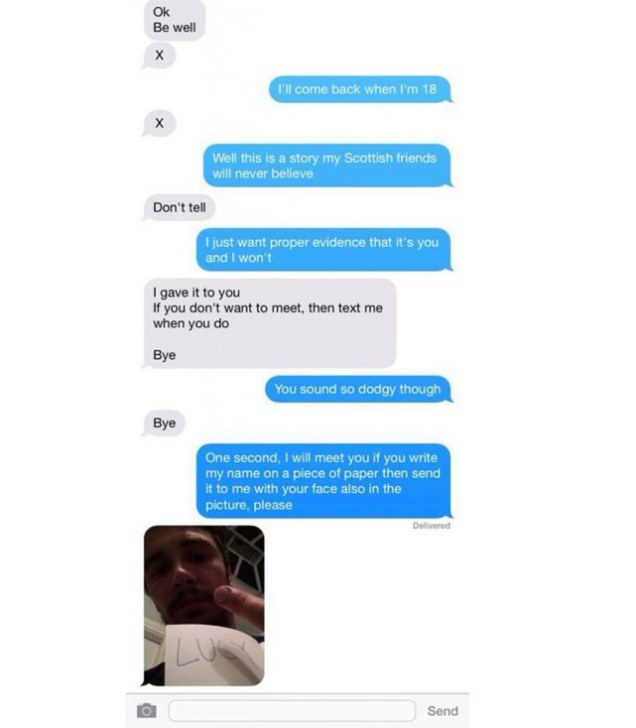