There was one star glaringly missing from Saturday’s Kids’ Choice Awards,  Jennette McCurdy.. 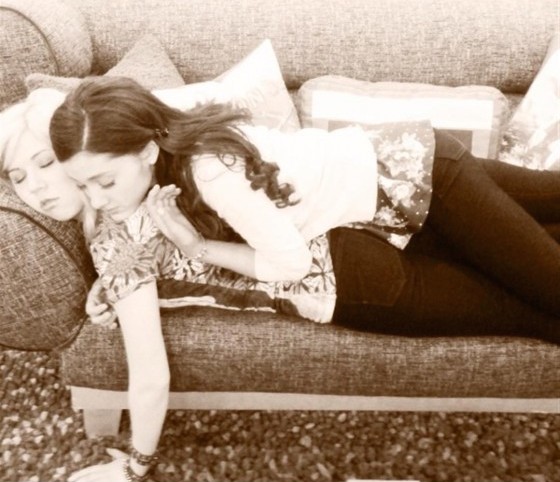 Ariana Grande helped fill in the gap by accepting the award for “Sam & Cat” which won a trophy for Best Show.

McCurdy later wrote of her absence:

A lot of you guys are asking why I didn’t attend the KCAs…. I wish I could explain everything as thoroughly as I would like to, but unfortunately a simpler explanation is all I can write. I was put in an uncomfortable, compromising, unfair situation (many of you have guessed what it is) and I had to look out for me. I chose to not go because sticking up for what is right and what is fair is what my mom taught me is ALWAYS the most important thing. I want to thank those of you who have reached out with kind words of support, McCurdians and Arianators alike. No matter who or what you support, I believe in supporting fairness first. If you have done that, thank you. source

The star quickly clarified that the mysterious issue was NOT related to her racy pics that recently leaked.

“It has to do with how nickelodeon treated me. That’s all,” wrote McCurdy, adding, “Thanks for the love. ♥”