Sure, when they ordered a large beer they received a fancy taller cup, but when it came down to volume, a Boise couple exposed, the taller cup held virtually the same about of beer as a regular stout size cup, the only difference being, one cost $7 and the other only $4. 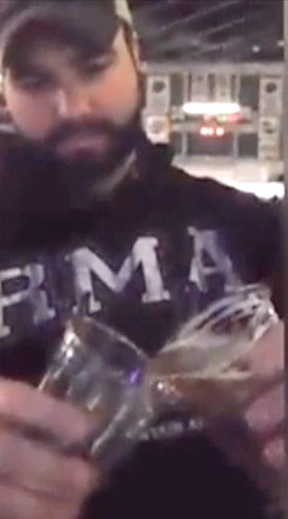 The couple, Gwen Gibbs and Heath Forsey, attended an Idaho Steelheads minor league hockey game in Boise’s CenturyLink Arena and did what most self-respecting minor league fan would do, get drunk on arena tap beer..

But at some point a rare beer light bulb went off as the couple realized the large size held just the same volume as the small! And they proved it on video by pouring one cup into the other.

In the video Gibbs can be heard having a beer induced epiphany, “It’s the same beer. Seven dollars, you just get a taller cup.”

BEER-STED! Eric Trapp, (pictured below,) President of the Idaho Steelheads and CenturyLink Arena said this of the mishap, 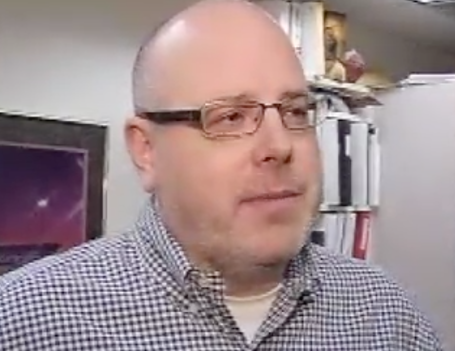 “You know it’s certainly not intended to be a rip off. We ordered 16-ounce cups and 20-ounce cups, unfortunately, you know the volume of the 20 ounce fits into the 16 ounce. Unfortunately, we didn’t know that.” source

But it doesn’t end there, on the heels of the couple’s sudsy discovery, four more hockey fans have actually filed a lawsuit in Boise’s 4th District Court against Block 22 LLC, which does the beer business as CenturyLink Arena.

Brady Peck, Michele Bonds and William and Brittany Graham are seeking $10,000 in damages.

In the lawsuit, Peck says he’s attended at least 30 events over the past three years at the arena, including a hockey game on March 5, and that he’s purchased beer each time. The other three plaintiffs say they have been attending sporting events at the venue for five years and that they bought at least one large $7 beer at each event.

“While different shapes, both cup sizes hold substantially the same amount of liquid and are not large versus small in actual capacity,” the group’s attorney, Wyatt Johnson, wrote in the lawsuit. “Defendants knowingly sold each of their beers in a similar manner at each event held at the arena where beer was sold for at least the last five years.” source

The lawsuit came just two days after another hockey fan posted a video on YouTube of what the fan said was a beer purchased at CenturyLink Arena on March 8. That video shows a patron holding a large cup of beer and pouring it into an empty small cup. In both cups, the beer reaches nearly to the brim.