How stoked is Khloe Kardashian that her EX was conveniently banished to Europe, more specifically, the EU league? Lamar Odom blew his chance to be Khloe Kardashian’s main man, and now that rapper, Rick Ross has stepped in to fill his former wife’s void, (a.k.a., a backdoor man,) Lamar has no say so in the matter.. Okay well, maybe a little say so. 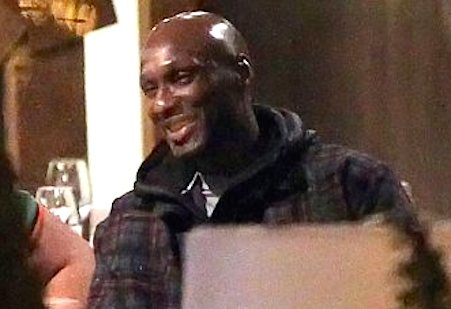 Odom spoke out in the press saying he thinks Khloe dating Ross is an attempt at making HIM jealous. Really Lamar? Way to float down the denial river.

Lamar has made it very clear that he does not like the fact that his ex-wife Khloe is occasionally hooking up with The Game. A source close to the troubled baller revealed to Us Weekly that Lamar believes Khloe’s hookup is just an attempt at revenge.

“He says she’s hooking up with The Game as revenge,” the source told Us Weekly. To make matters worse, Khloe did post to Instagram a picture of her and The Game on Feb. 22.

However, Lamar is still holding out hope for he and Khloe to get back together, according to the Us Weeklysource. ” He is in Spain for two months and he thinks by the time he gets back to L.A., they could get back together,” the source said. source