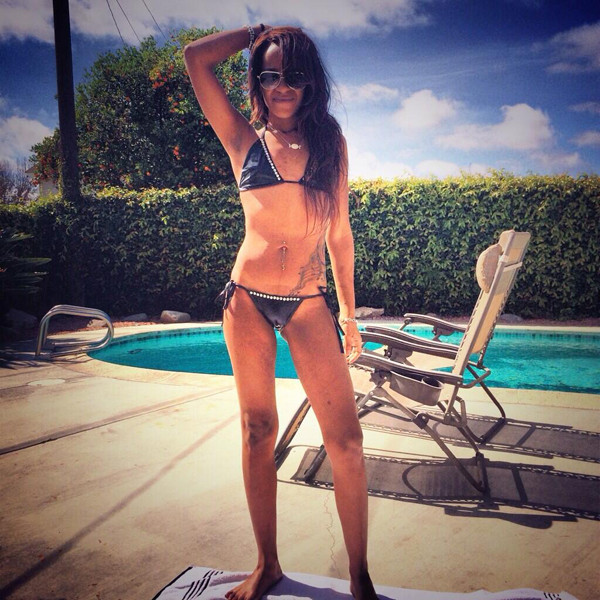 Whitney Houston‘s daughter showed off some major skin while posing by the pool in a tiny, black two-piece bikini. “@nickdgordon @femmecouturexo! Made thisss happen,” she wrote with the snapshot on Twitter.

Meanwhile, her hubby, Nick Gordon, posted a similar photograph of his lady with a huge smile on her face. “I gotta bad bitch @REALbkBrown,” he wrote.

And why is she lounging around the pool at a Motel 6?