Exclusive: OOPS! DOUBLE Oops! Grammy producers misspelled Cory Monteith’s last name during the “In Memoriam” segment of the live telecast, then this morning, the Post called Grammy out for their grammatical error – while THEMSELVES misspelling the word, Memoriam. 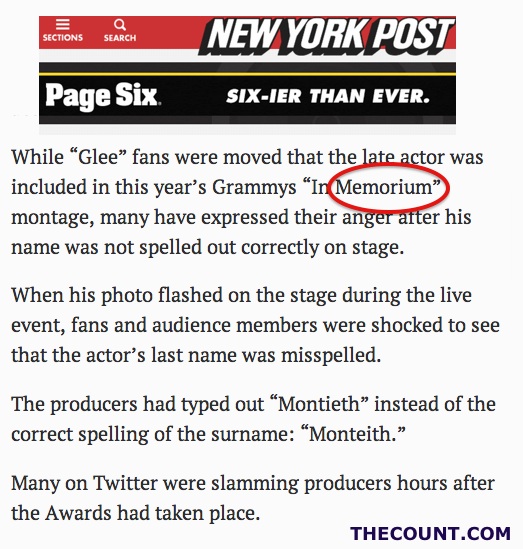 The Post reported that while “Glee” fans were moved that the late actor was included in this year’s Grammys “In Memoriam” montage, many have expressed their disappointment after the fallen actor’s name was not spelled out correctly on stage.. The irony is, the Post managed to embarrassingly misspell “Memoriam,” incorrectly spelling it, “Memorium.” 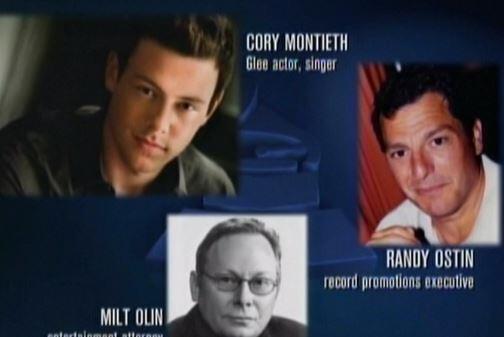 The Grammy producers had typed out “Montieth” instead of the correct spelling of the surname: “Monteith,” while the Post just straight up blew it..

Now check this story for misspellings! Then we will have a triple irony oops on our hands!